We’re three days in to our residency and time is already flying along. We’ve spoken to a lot of people, fixed some niggly problems in the office and had some ideas which I’m sure any Technologist in Residence would be proud of!

Our esteemed directors at Site have been storing up interesting people for us to talk to which has been great. It’s striking how we’ve met people who are passionate, not only about what they do, but about the greater tech community in Sheffield, Sheffield itself, Yorkshire and the North! This resonates with me as a Yorkshirebod and as someone who would like to see the economic balance tip in our direction.

Site have a new Technical expert starting at the beginning of May so there is a small backlog of  outstanding techie issues for the organisation. I find it impossible to sit in the office without diving in to help when the printer doesn’t work or the wi-fi has gone screwy! Hopefully now we’ve fixed some of the more pressing issues but it is highlighted for me that I have to be careful with my time. We had decided that we would spend three days a week on-site in the office but actually it makes sense to spend a day elsewhere to allow us to focus on bigger tasks without interruption. We’ll try that next week to see how we go.

Our bigger ideas are still fermenting, but two Arduino kits arrived on Friday and as it is about 25 years since I last played with electronics in anger, I’m excited to see what we end up using them for. I think I had something like this when I was a kid… you should have heard the stylophone I made! 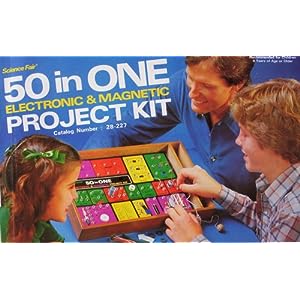